In the VEX Robotics Competition, presented by the Robotics Education & Competition Foundation, teams of students are tasked with designing and building a robot to play against other teams in a game-based engineering challenge. Classroom STEM concepts are put to the test as students learn lifelong skills in teamwork, leadership, communications, and more. Tournaments are held year-round at the regional, state, and national levels and culminate at the VEX Robotics World Championship each April!
We here at Holland Robotics compete against middle school and occasionally verse high school teams in Southern California region. As the game changes each year we too will be ready for the next challenge!
2018-2019 VEX Game - Turning Point
https://youtu.be/CDDGBcs0TFM
Big Shout out to this Years Sponsors! We could not have gone anywhere without your support.
CISCO
Northrop Grumman
Walmart
Petroleum Solids Control, Inc.
Vulcan Materials
BC Sauder Inc.
Zavala Law Firm
Shirely Quan
Waste Management
Baldwin Park Public Safety Employees Association
WESCOM Credit Union
Carmel and Daniel Gardner
Carlos Hernandez
5/23/2019 - Team 68689 - Holland Middle School
Thank you to all our sponsors without your support all three teams would not have able to achieve any of their goals they have set for this year! Here is a highlight video of 68689 Teams year! Enjoy!
Holland Robotics VEX 2018-2019 Highlight Video 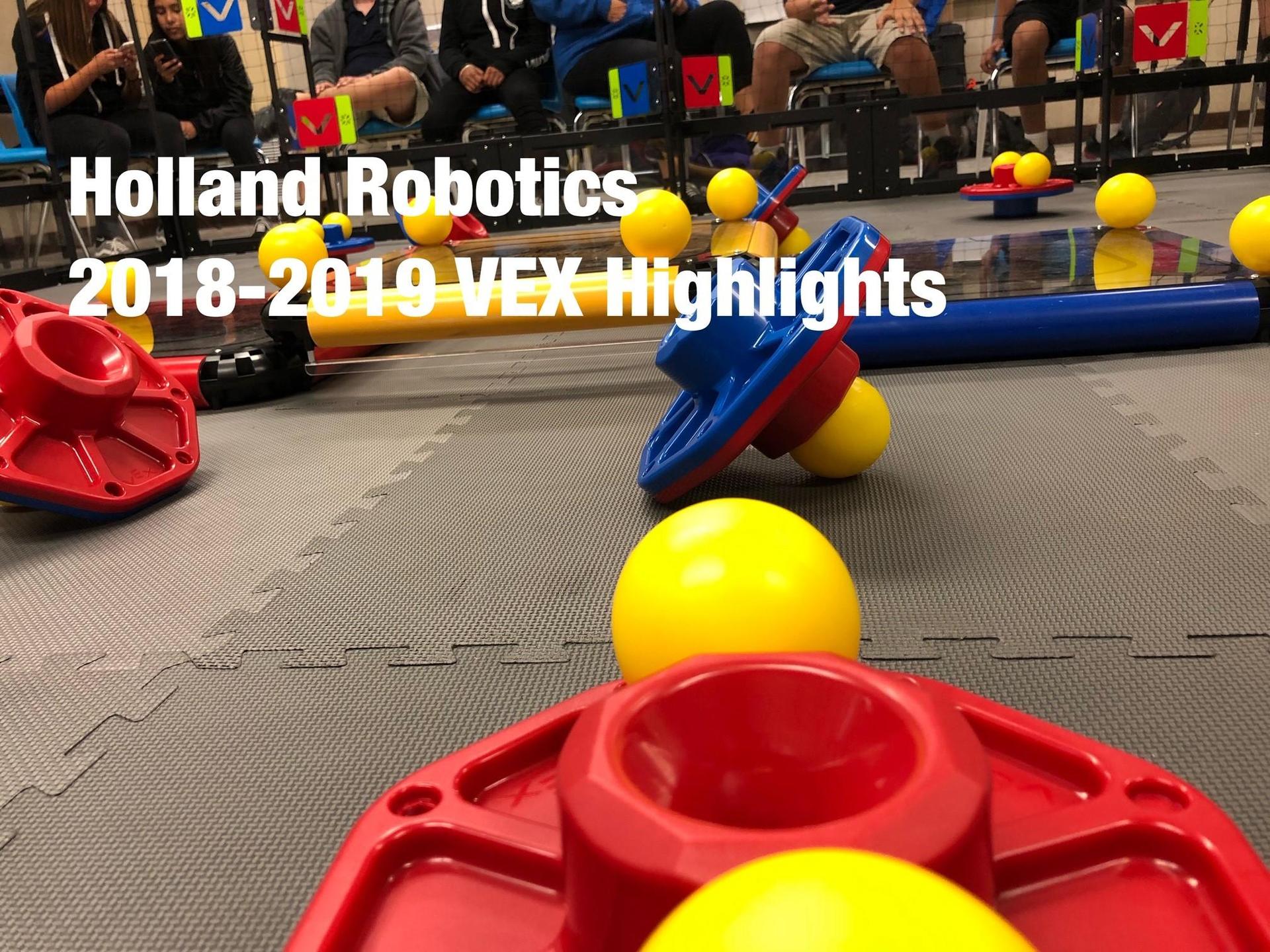 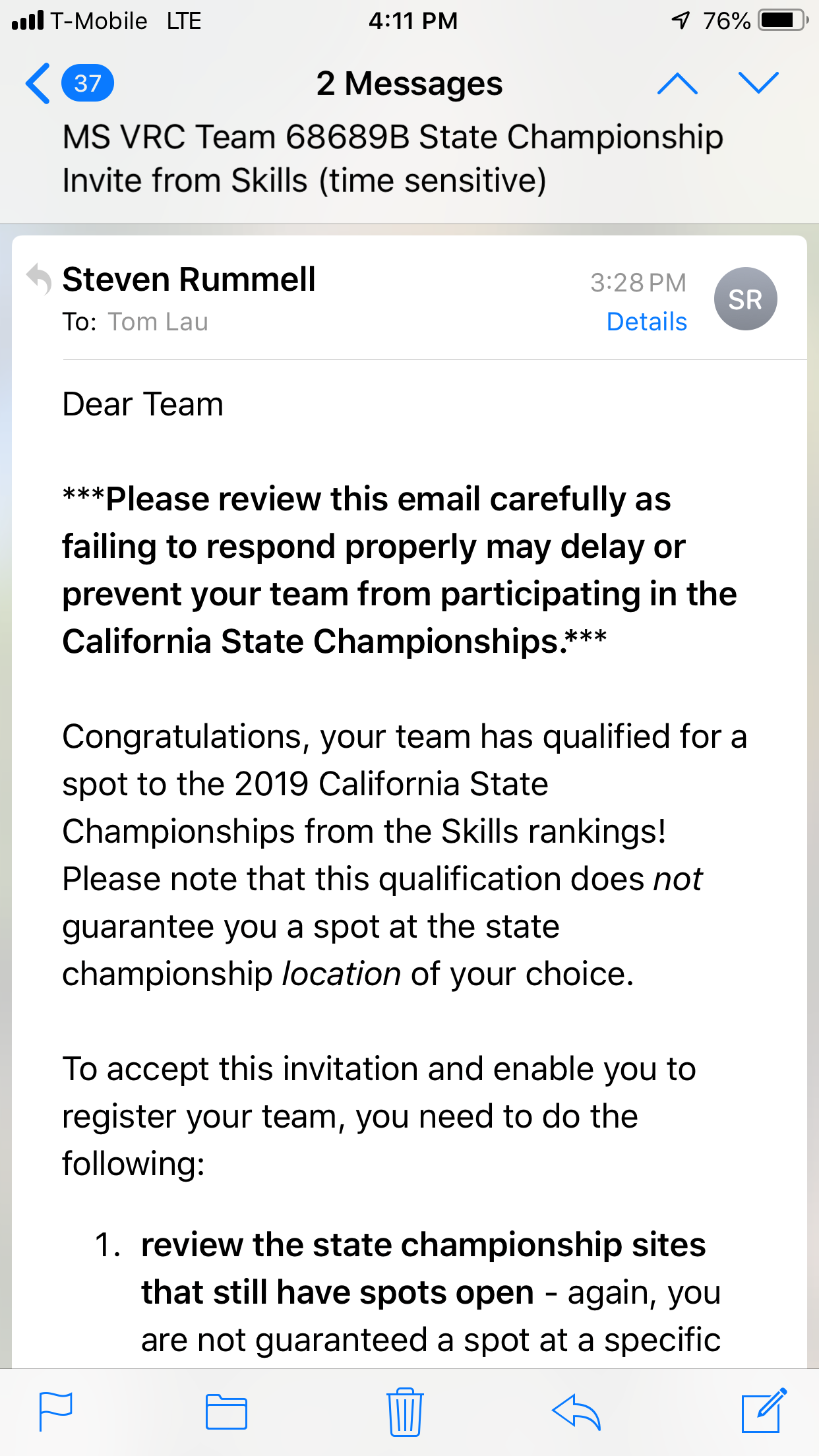 2/16/2019 - Team 68689A - Rolling Robots Middle School Tournament
Girl ended the season with a record 4-2 ranked #9 with a good amount of all teams. As being the end of the season match every robot out in competition are all dialed in. They grouped up with 7700P ranked #8 and lost in the round of 16. Sadly, this is where 68689A season ends. As a first year and an all girl team, they made it to ever single elimination round which was awesome. I believe if they had one more tournament they would have everything dialed in. I hope for the best for this team next year in high school.
2/9/2019 - Team 68689 - Grace Brethren 3rd Annual Middle School Qualifier - Simi Valley
68689A - Girls continue to do well during the tournament. As they modified their autonomous programming to be ultra competitive. They ended 8th in qualify rounds with some mechanical issues with their catapult. They won their round of 16 to meet up against 68689B in the quarterfinals. With a better autonomous programming and a slightly better driving alliance the girls beat out the boys in the quarterfinals 29-10. 68689A went against 83A and 3324J and lost 8-22 in the semifinals.
68689B - The boys continued to perform well. Ended qualifying round in 3rd the highest position they have ever ended up. They also did well in skills as they never focused on that area before. They formed an alliance with 1877K which was an par alliance compared to the field. But both alliance team had a cap side autonomous so they were not able to score the max points possible going into the elimination rounds. They did get a by for the round of 16 but, they lost to their own teammates 68689A in the quarterfinals.
2/2/2019 - Team 68689A - Sato VRC Tournament 2018 - Long Beach
I was not able to attend this tournament as I was at the PLTW conference in Anaheim the same weekend. The kids did pretty well against high school kids. I usually send one team to a high school tournament during the year to give them a taste what is to be like to compete at that level next year. The girls came in respectfully 8th in qualifying and was eliminated in the quarterfinals by a high school alliance team. The girls did make good impression as they took home the "Judges Award"! 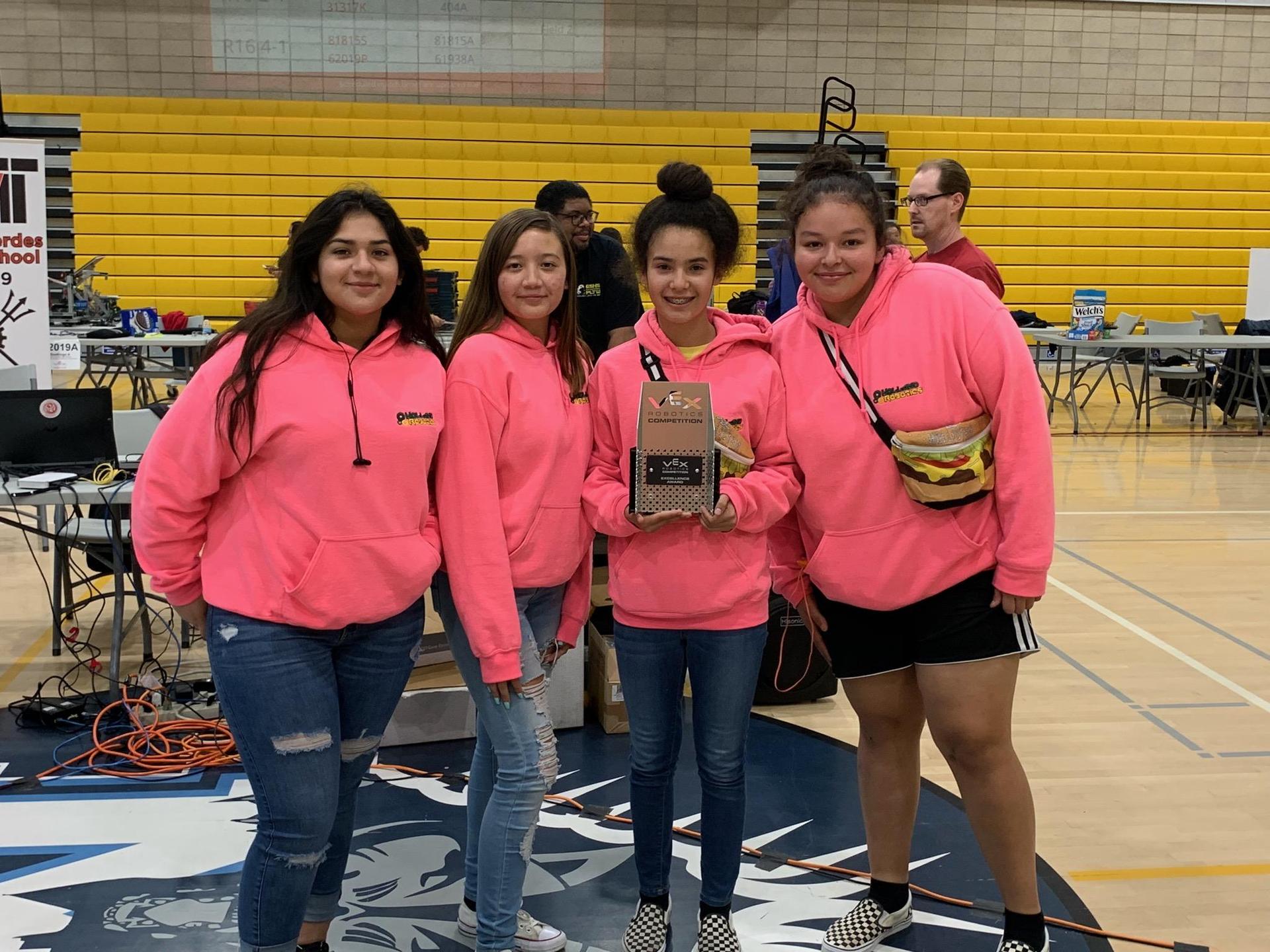 Our comp on Saturday 12/08/18 we won 4/5 of our matches. We had some problems with our bot.one was that our programmer didn’t want to program the bot a day before because he thought it would be easy to program the drive on the bot but instead he took 40 minutes to program the drive for our bot. The worst was that our intake (a part of our bot that brings the ball to the launcher) didn’t work properly. The ball would go to the sides of the intake and not in the middle were the path was set to go up for the launcher. We had trouble shooting the medium and high flags.

12/8/2018 Team 68689X - STEAM Academy Pico Rivera League Round 3
Hi my name is Andrew. This week's comp was an improvement from the last but, not as good as the first. We added a catapult and fixed our cap flipper. The only thing is... our controller is a bit messed up. The comp switch plug is missing the clip to hold in the wire. As a result, the wire kept on falling out which costed us most of our matches. We won 2 and lost 3. On the bright side we passed inspection on the first try.

Hi my name is Ivy Molina, Welcome to Holland VEX Robotics Team A, on Team A it is all 8th grade girls and each one of us have a specific job. Ashley is our Project Manager she makes sure that we have everything ready before our competitions she packs everything the day before, Leilany and Emie are our main builders they work together to make sure our bot is perfect to prepare us for competitions. Isabella is the only Programmer in our team she programs the robot to make sure it does what we want it to do, Isabella sometimes writes in the Engineer Notebook, Samantha does a little bit of everything she helps with whatever we need to be done that day.

Today we are still building our new robot, we decided to rebuild our robot after our second competition because we saw that the robot didn’t work like how we wanted it to work, we added a new and improved ball launcher with a ball intake, we also have a new cap flipper design, and new motors. 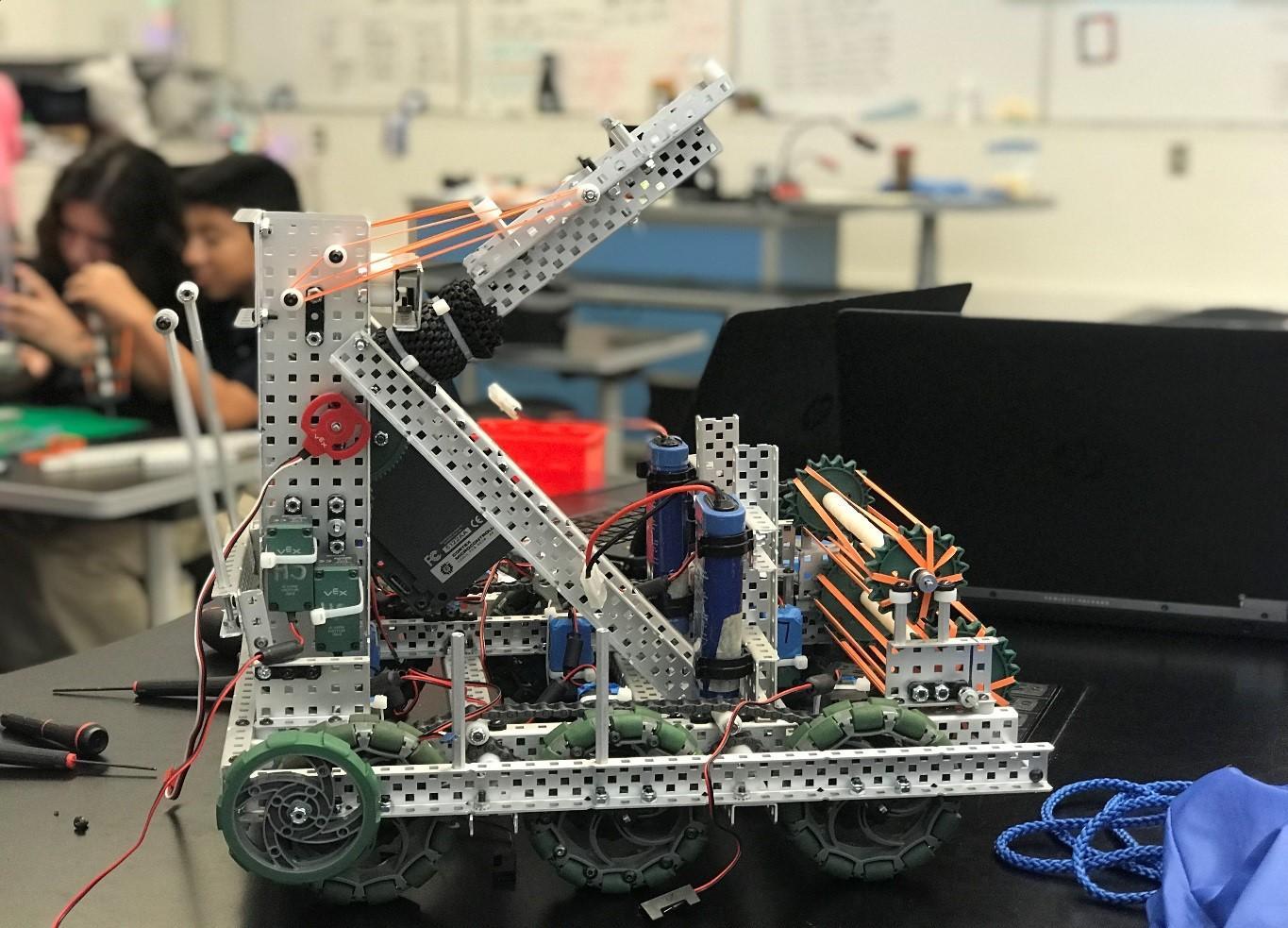